People & knowledge are the keys to breaking down the walls between daily operations and digital preservation (DP) within our organisations. DP is not a technical issue, but information technology must be embraced as as a core feature of the digital library. Such were some of the conclusions of the seminar organised by the SCAPE project/Open Planets Foundation at the Dutch National Library (KB) and National Archives (NA) on Wednesday 2 April. – Report & photographs by Inge Angevaare, visualisations by Elco van Staveren

Menno Rasch was appointed Head of Operations at the Dutch KB 6 months ago – but  ’I still feel like a newcomer in digital preservation.’ His division includes the Collection Care department which is responsible for DP. But there are close working relationships with the Research and IT departments in the Innovation Division. Rasch’s presentation about embedding DP in business practices in the KB posed some provocative questions: 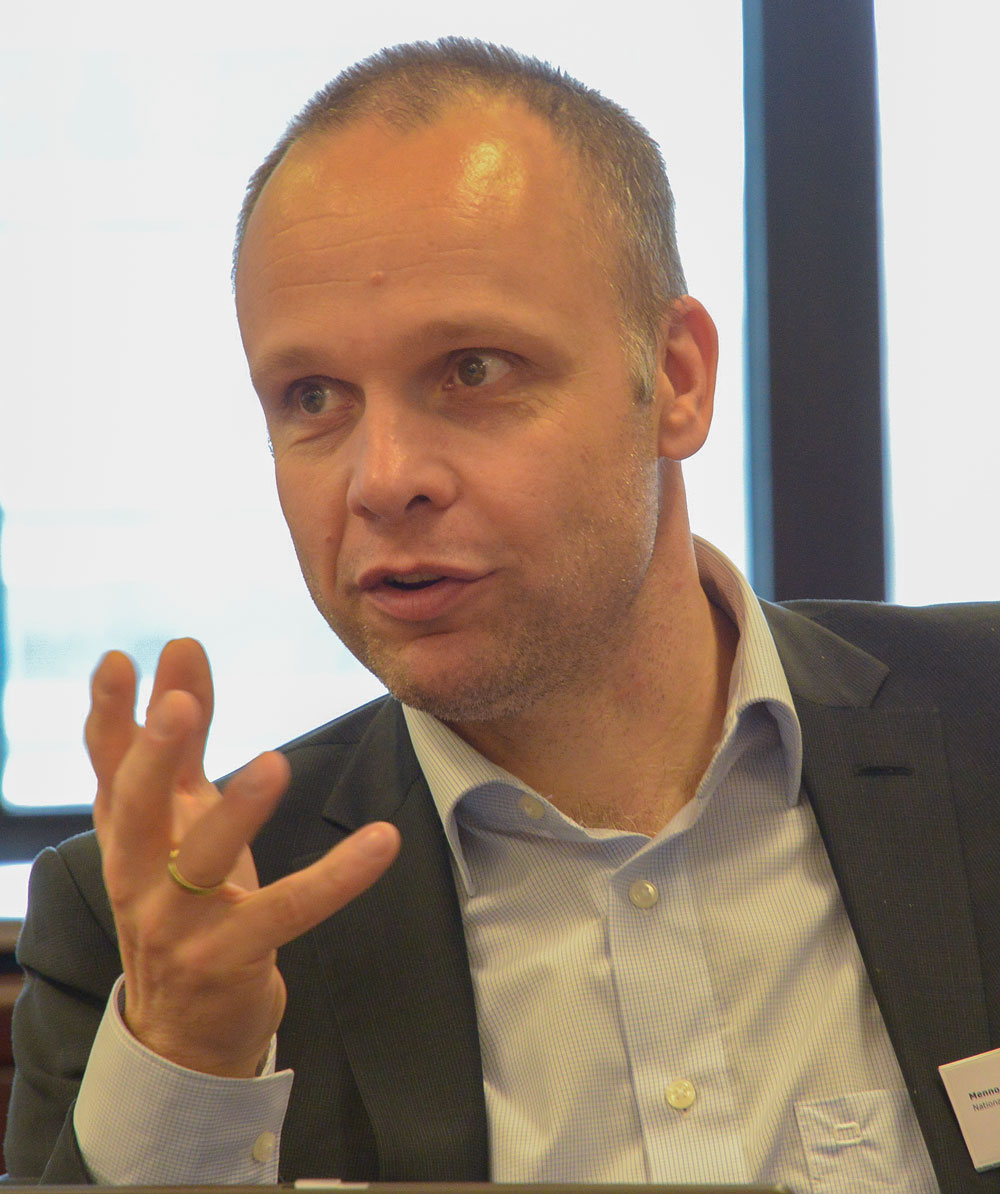 Menno Rasch: ‘Do correct me if I’m wrong’ 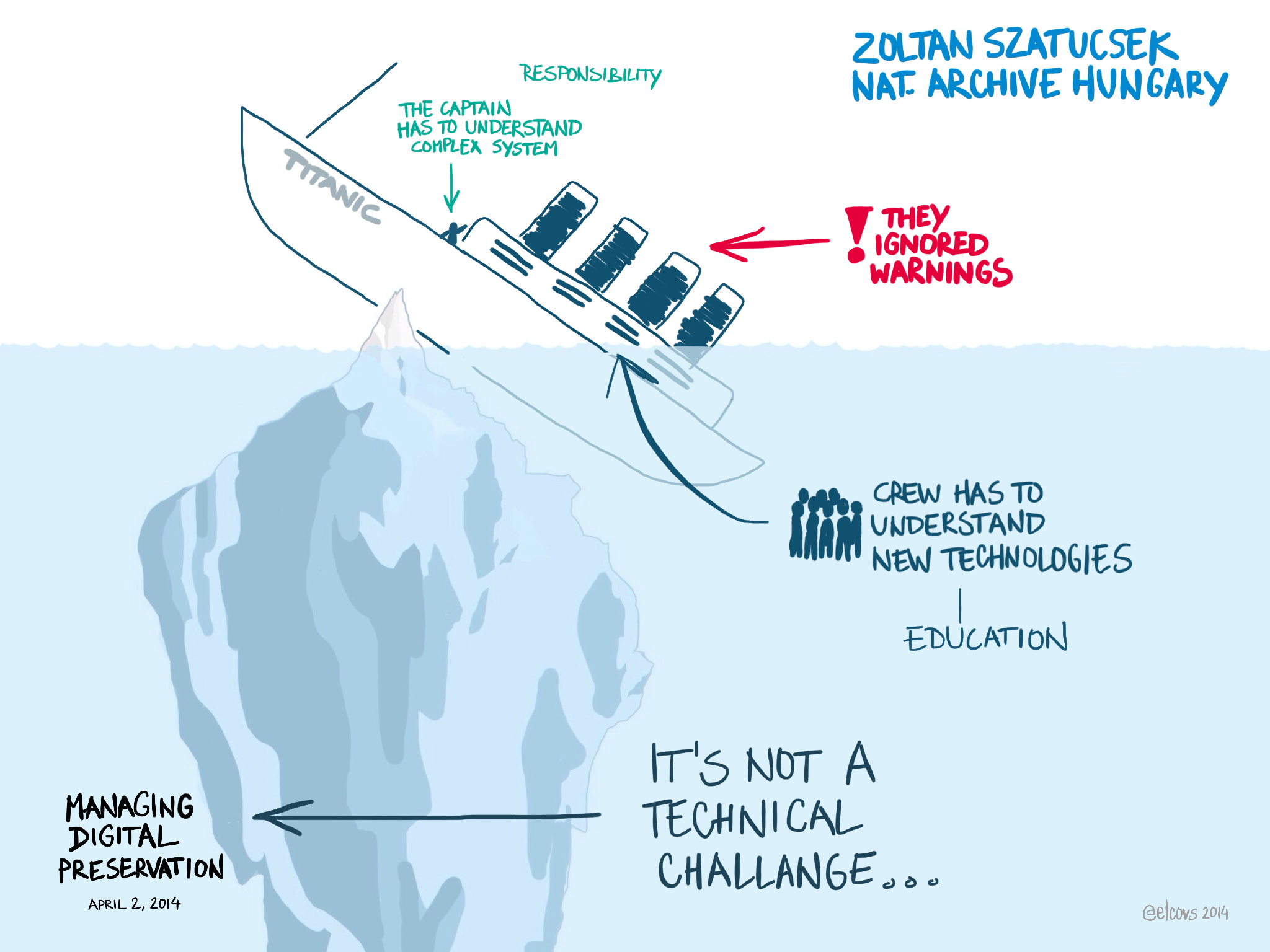 Digital collections and the Titanic

Zoltan Szatucsket from the Hungarian National Archives used the Titanic for his presentation’s metaphor – without necessarily implying that we are headed for the proverbial iceberg, he added. Although, …  ’many elements from the Titanic story can illustrate how we think’: 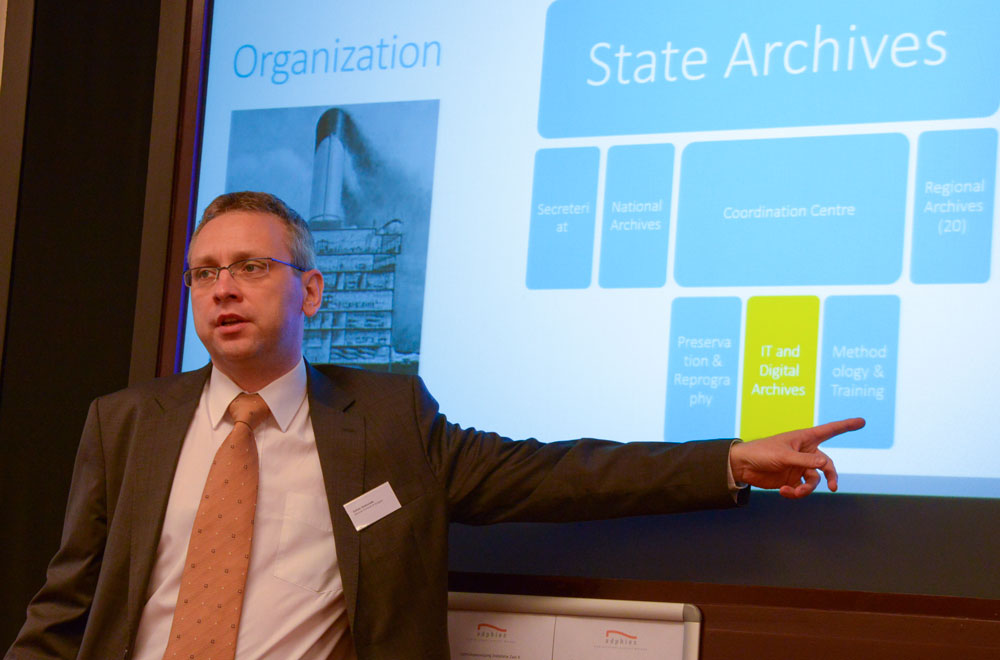 Zoltan Szatucsket argued that putting together IT staff and archivists in the Hungarian National Archives caused ‘language’  problems; his Danish colleagues felt that in their case close proximity had rather helped improve communications

Are our digital collections heading for the iceberg as well? A visualisation of Szatucsket’s presentation

Ed Fay was appointed director of the Open Planets Foundation (OPF) only six weeks ago. But he presented a clear vision of how the OPF should function within the community, crack in the middle, as a steward of tools, a champion of open communications, trust & confidence, a broker between commercial and non-commercial interests: 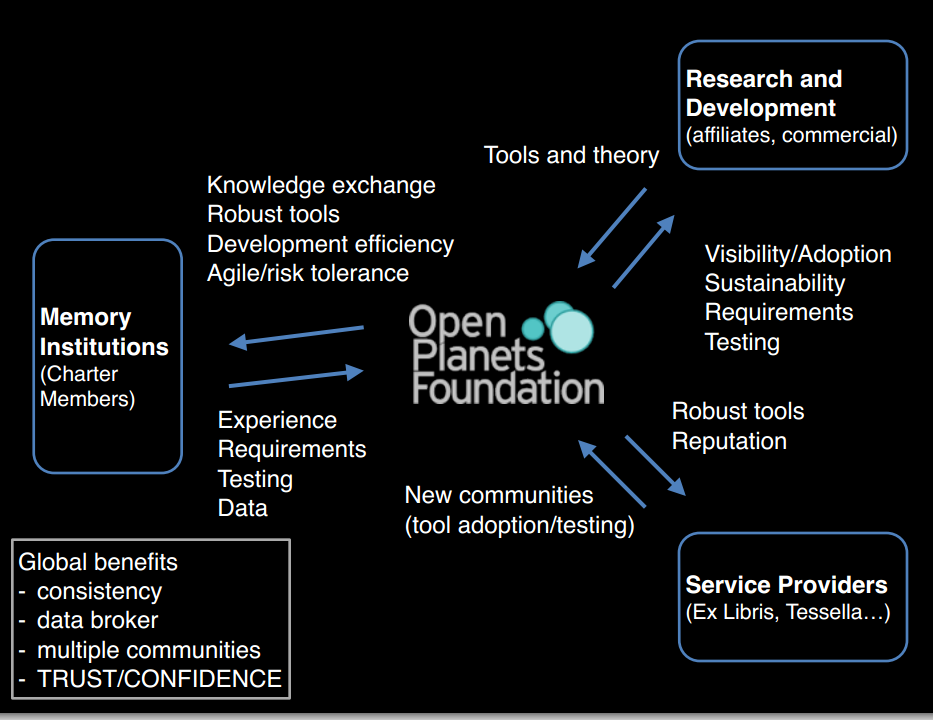 Fay also shared some of his experiences in his former job at the London School of Economics: 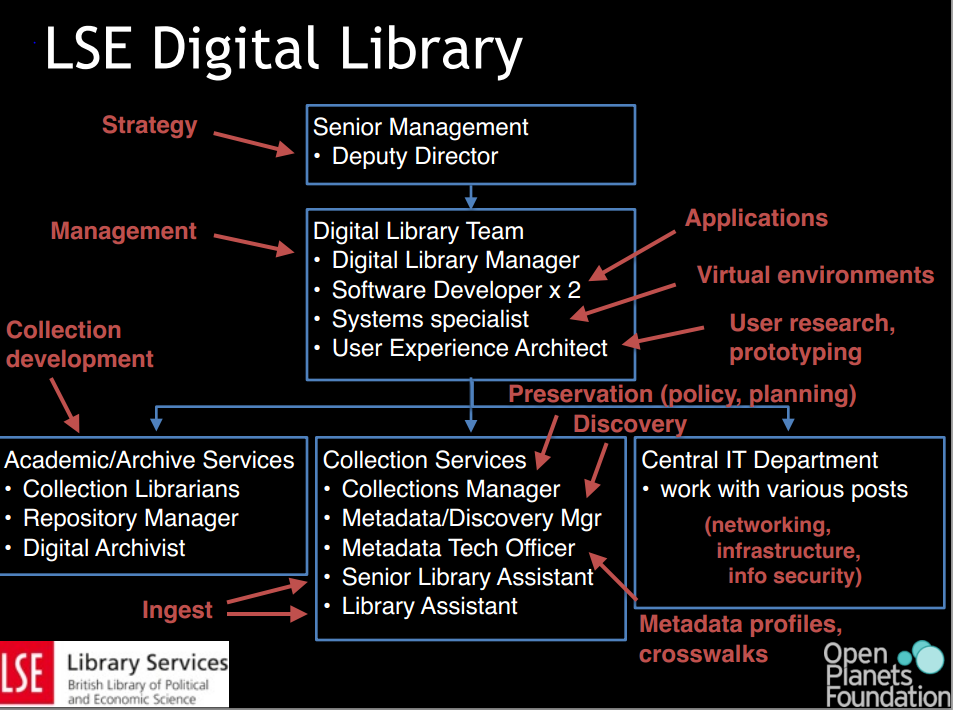 Ed Fay illustrated how digital preservation was moved around a few times in the London School of Economics Library, until it found its present place in the Library division

So, what works, what doesn’t?

The first round-table discussion was introduced by Bjarne Anderson of the Statsbiblioteket Aarhus (DK). He sketched his institution’s experiences in embedding digital preservation. 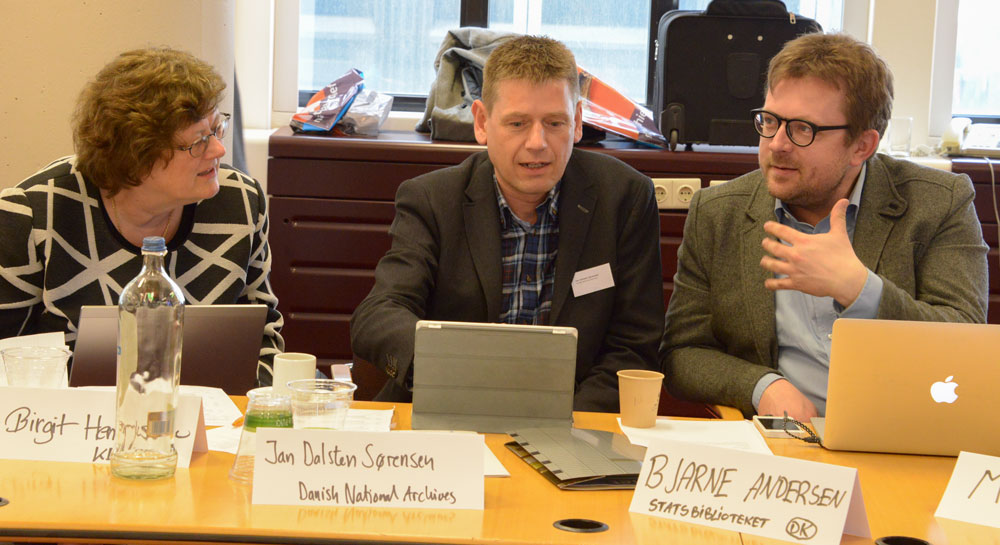 He mentioned the recently introduced SCRUM-based methodology as really having helped to move things along – it is an agile way of working which allows for flexibility. The concept of ‘user stories’ helps to make staff think about the ‘why’. Menno Rasch (KB) agreed: ‘SCRUM works especially well if you are not certain where to go. It is a step-by-step methodology.’

Some other lessons learned at Aarhus:

And here is how Elco van Staveren visualised the group discussion in real time:

Some highlights from the discussion:

(Continued in Breaking down walls in digital preservation, part 2) [link to follow]

Seminar agenda and links to presentations

No Time to Wait 6 – registration and CfP now open

The sixth No Time to Wait conference will be hosted by the Netherlands Institute for Sound & Vision and MediaArea.net on October 26th – 28th,…