On Monday 8 September 2014 APARSEN and SCAPE together hosted a workshop, called ‘Digital Preservation Sustainability on the EU Policy Level’. The workshop was held in connection with the conference Digital Libraries 2014 in London.

The room for the workshop was ‘The Great Hall’ at City University London – a lovely, old, large room with a stage at one end and lots of space for the 12 stalls featuring the invited projects and  the 85 attendees. 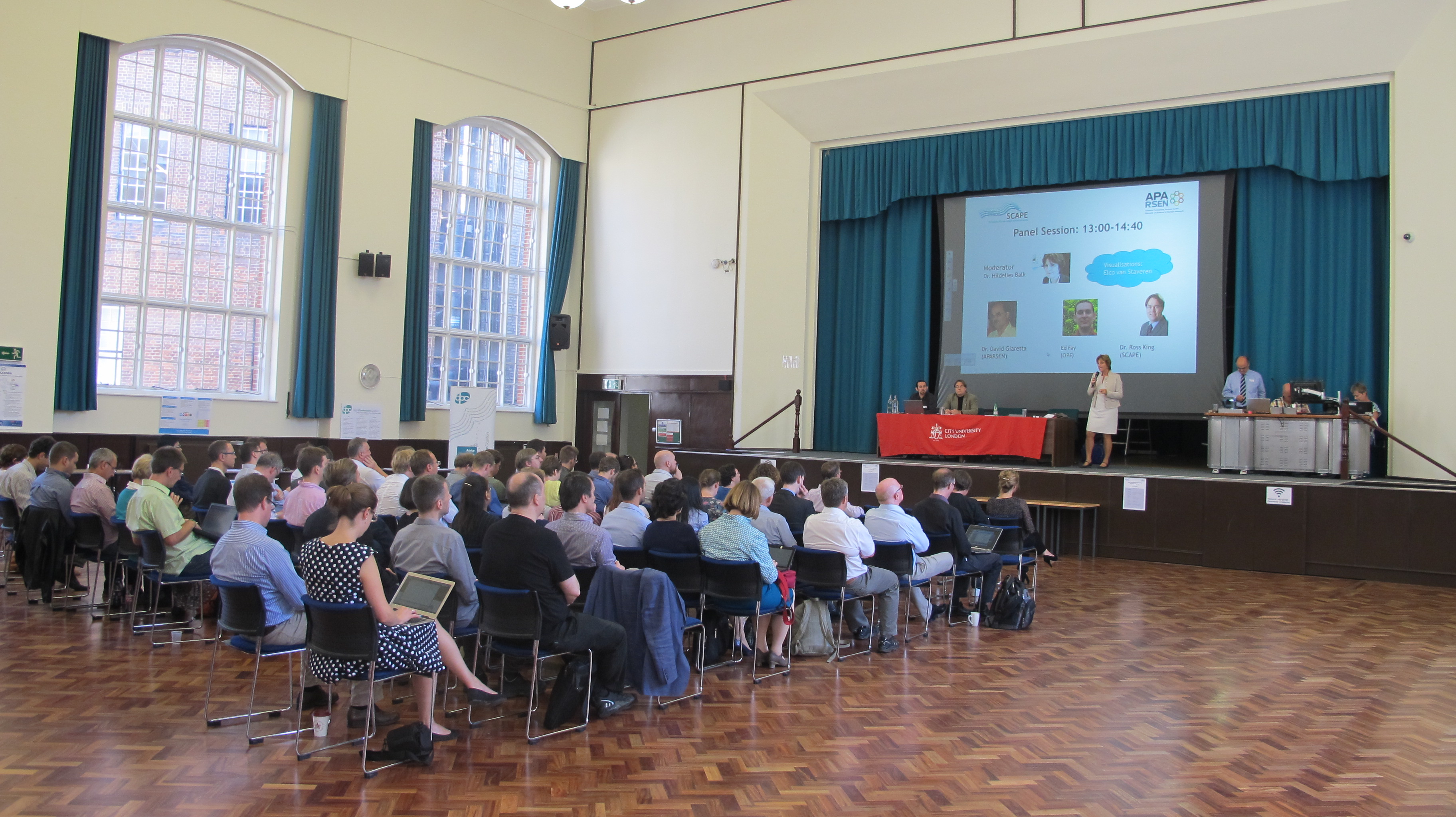 The first half of the workshop was dedicated to a panel session. The three panellists each had 10-15 minutes to present their views on both the achievements and future of digital preservation, followed by a discussion moderated by Hildelies Balk from the Royal Library of the Netherlands, with real time visualisations made by Elco van Staveren.

‘As a community we have failed’

With these words David Giaretta, Director of APARSEN (see presentation and visualisation), pinpointed the fact that there will be no EU funding for digital preservation research in the future and that the EU expects to see some result from the 100 M € already distributed. The EU sees data as the new gold, and we should start mining it! A big difference between gold and data is that gold does not perish whereas data is not imperishable.

The important thing to do is to create some results – ‘A rising tide floats all boats’ – if we can at least show something that can be used, that will help funding the rest of the preservation.

David Giaretta was followed by Ross King, Project Coordinator of SCAPE (see presentation and visualisation), who started his presentation with a comparison between the two EU projects Planets and SCAPE – the latter being a follow-up project from the first. Many issues already addressed in Planets were further explored and developed in SCAPE, the biggest difference being scalability – how to handle large volumes, scalability in planning processes, more automation etc. – which was the focal point of SCAPE.

To Ross King there were three lessons learned from working with Planets and SCAPE:

Ed Fay, director of Open Planets Foundation (see presentation and visualisation), opened with the message that by working with digital preservation we have a great responsibility of helping to define the future of information management. With no future EU funded projects community collaboration on all levels is more needed than ever. Shared services and infrastructure are essential.

The Open Planets Foundation was founded after the Planets project to help sustaining the results of this project. Together with SCAPE and other projects OPF is now trying to mature tools so they can be widely adopted and sustained (See SCAPE Final Sustainability Plan).

There are a lot of initiatives and momentum, from DPC, NDIPP or JISC to OPF or APA – but how will the future look like? How do we ensure that initiatives are aligned up to the policy level?

Sustainability is about working out who pays – and when…

If digital preservation was delivering business objectives we wouldn’t be here to talk about sustainability – it would just be embedded in how organisations work – we are not there yet!

A diverse landscape with many facets

The panellist’s presentations were followed by questions from the audience, mostly concerned about risk approach. During the discussion it was stated that although the three presenters see the digital landscape from different views they all agree on its importance. People do need to preserve and to get digital value from that. The DP initiatives and organisations are the shopping window, members have lots of skills that the market could benefit from.

The audience were asked if they find it important to have a DP community – apparently nobody disagreed! And it seemed that almost everyone were members of OPF, APARSEN or other similar initiatives.

There are not many H2020 digital preservation bids. In earlier days everybody had several proposals running in these rounds, but this is not catastrophic – good research has been made and now we want the products to be consolidated. We would like to reach a point where digital preservation is an infrastructure service as obvious as your email. But we are not there yet!

Appraisal and ingest is still not solved – we need to choose the data to be preserved, especially when talking about petabytes! 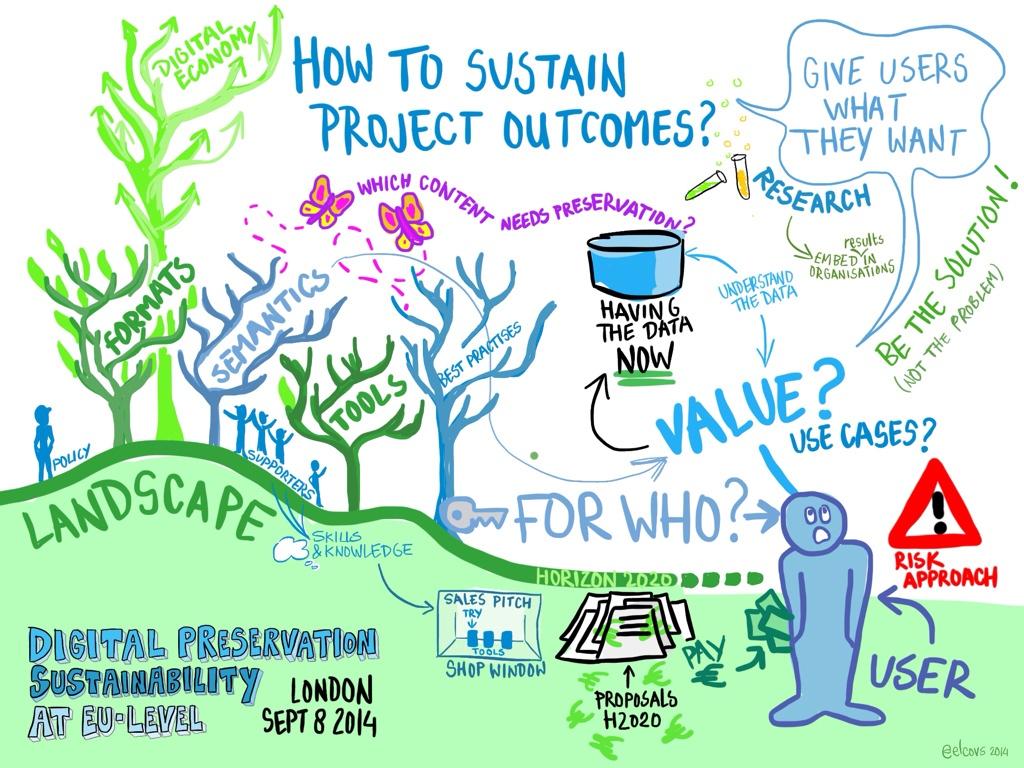 The wrap-up of the discussion was done by discussing the visualisation made by Elco van Staveren.

An overall comment was that even though there are no money directed towards digital preservation, there is still lots of money for problems that can be solved by digital preservation. It is important that the community of digital preservation thinks of itself NOT as the problem but as part of the solution. And although the visualisation is mostly about sustainability, risks still play an important part. If you cannot explain the risk of doing nothing you cannot persuade anyone to pay!

After the panel and one minute project elevator pitches there was a clinic session at which all the different projects could present themselves and their results at different stalls. A special clinic table was in turn manned by experts from different areas of digital preservation.

The projects involved in the clinic were: 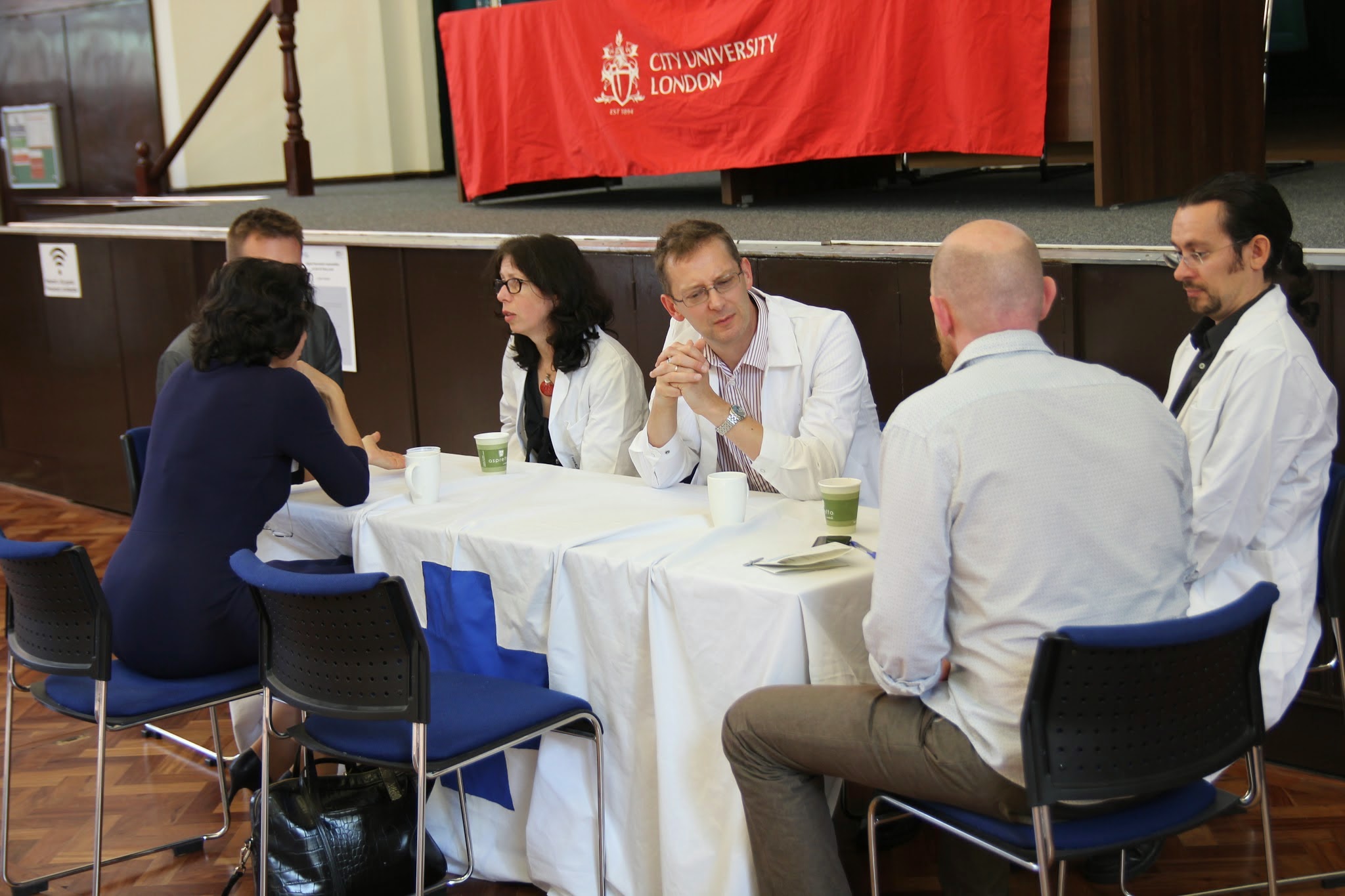 This was the time to meet a lot of different people from the Digital Preservation field, to catch up and build new relations.  For a photo impression of the workshop see: http://bit.ly/1u7Lmnq. 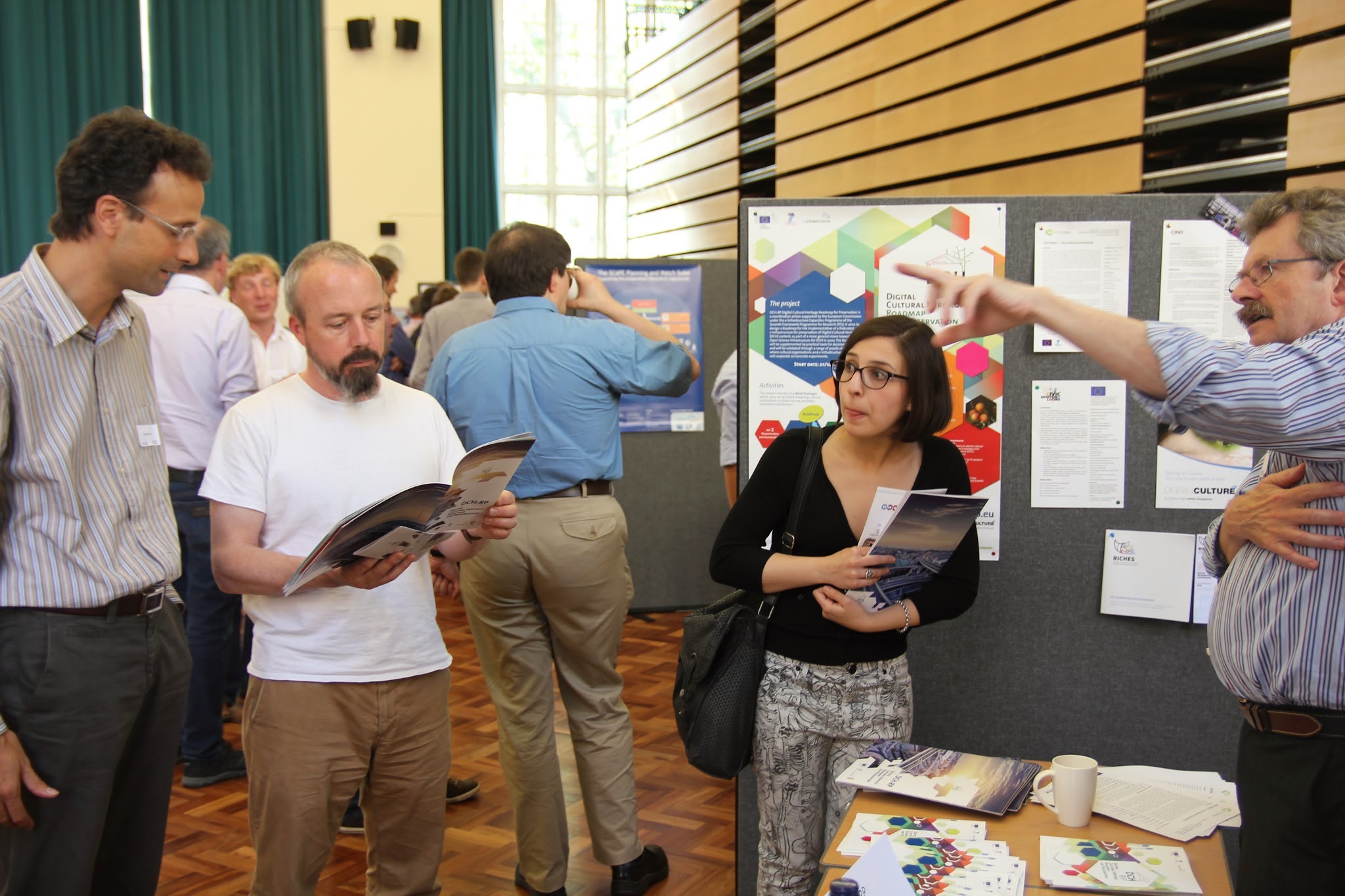 We don’t do migration for the future; we do it for the present: Emulation and an ever so slightly unsatisfying success story

A reminder about obsolescence at Archives New Zealand. Re-evaluating emulation and migration and a digital preservation report card for a file format that simply says: Could. Do. Better.

The SCAPE project is into its final 6 months and with that came our final developer workshop. The main focus of this event was demonstrations, productisation…