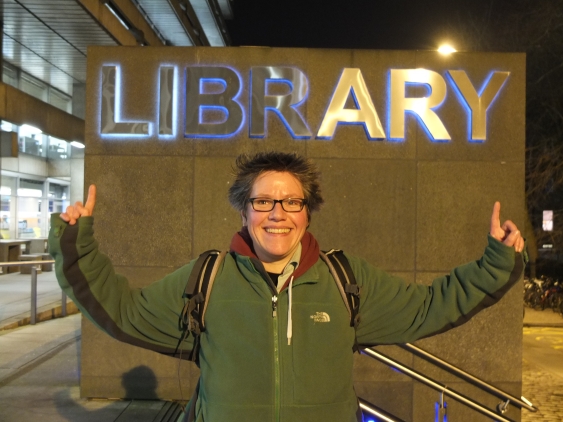 For our Autumn Newsletter, we spoke to Micky Lindlar, an OPF director, and highly active member of the digital preservation community:

Tell us a bit about yourself and your role

I am a Technical Analyst at TIB – Leibniz Information Centre for Science and Technology, which functions as the German National Subject Library for Science and Technology. To put it very broadly: within that role I am responsible for everything concerning “file formats” and “workflows” – including tasks like trouble shooting dodgy PDFs, finding & testing tools to handle different formats and specifying & configuring workflows within our system.

I also lead TIB’s digital preservation team of 5 in daily operations for the preservation of our institutions’ holdings and those holdings of customers, who subscribe to our Digital-Preservation-as-a-Service (DPaaS) offering. The Digital Preservation Lead position naturally comes with the responsibility of ensuring that our processes are still in-line with technological dependencies, producer & user requirements as well as good practice.

How did you get here? What was your path into digital preservation?

I suppose most of us don’t really have a “straight path into digital preservation” and I’m no different. However, when I discovered the field it seemed like everything I had done in life came together – a feeling I still have almost 10 years into my digital preservation life and I consider myself lucky to have ended up in a job I’m still excited about every day.

I’ve always had a deep desire to understand how things worked. As a kid, I had the habit of taking apart various appliances to see how they worked, much to my family’s despair. Later in life, I studied English with a focus on American Literature, because I wanted to better understand the USA as a country and a society. I had a similar motivation for my degree in computer science – I wanted to understand computers better … and figure out how to beat games by finding and exploiting bugs 😉 I worked as an IT administrator for over 6 years and while I really learned a lot in that position and loved the job, I felt there was more. During my student life, I had worked at various university libraries – fond memories of that time led me to a Master’s Program for Library and Information Science, where I learned about Digital Preservation and was hooked immediately. At about the same time, I was fortunate enough to come across a digital preservation position at ZB MED, Information Centre for Life Sciences. TIB, ZB MED and ZBW cooperated in the Goportis Digital Preservation Pilot Project and at the end of the project, I moved on to TIB who hosts the consortially used system.

What are you working on at the moment?

In addition to the day-to-day stuff, we always have several projects going on. One of those is Core Trust Seal Certification – we already completed Data Seal of Approval certification in 2015, followed by nestor seal certification in 2017. At TIB, we see certification as a way to ensure our documentation of processes is where we’d like it to be at and we are currently planning to recertify every 1.5 years, alternating between CTS and nestor certification. We recently reported on our invested resources and the return on that investment in an iPRES 2018 paper.

Another project we are currently working on is establishing workflows for e-journal archiving: in a study conducted last year, we discovered that 64% of our e-journal holdings are currently not covered by Portico or CLOCKSS. I’m also busy continuing my work around PDF – that journey started with work done by myself alongside OPF’s own Carl and Yvonne Tunnat from ZBW. We looked at testing JHOVE PDF validation via a synthetic test set. I’m currently looking at extending that work to cover different PDF profiles.

Lastly, I lead the Digital Preservation Working Group within the Rosetta User Community – the working groups are customer led user forums to collect and formulate enhancement requests which are then passed to the software vendor Ex Libris. Within that group, we are currently busy scoping our requirements for future releases and are anxiously awaiting version 6.0, due to be released in December. It will implement our requirements around METS/PREMIS profile versioning and validation as well as the inclusion of semantic unit preservationLevelType introduced in PREMIS v3. Once the new Rosetta version is out, I’ll be busy testing.

What do you see as the main benefit of OPF membership?

TIB joined OPF via the Goportis consortia back in 2010. At that time, the idea behind membership was mainly around sustaining the outcomes but also the momentum of the Planets project. I joined the OPF board in 2012 and have really enjoyed seeing the organization grow and evolve into what it is today: a community focused on sustaining open solutions – software as well as processes / models – to enable digital preservation.

In my role as a Technical Analyst, I think the biggest benefit of OPF membership is the work around format tools like JHOVE, fido or jpylyzer. Not only has OPF given those tools a home, but as a member I can prioritize bug fixes / feature requests and receive support from OPF staff. In my role as a Digital Preservation Lead, I highly value OPF membership resources for training and knowledge sharing. I often point staff to the now large collection of webinar recordings which includes intros to veraPDF, JHOVE, DPF Manger or command line tools as well as webinars introducing and discussing concepts and processes such as the Outer OAIS – Inner OAIS model or provenance metadata. It’s great to be able to point staff towards these high quality resources.

Who are you / what do you like to do in your free time?

While I don’t take apart as many appliances these days, I’ve maintained a curiosity about how the world works – things as well as people. As such, I love exploring new and familiar places, listening to stories, travelling and trying out new things. I’m equally happy with a cooking spoon, a sledge hammer or a game pad in my hand. Books and music have always been a big part of my life as well – despite being a full-time digital preservation nerd, I prefer the printed book and tangible recordings on CD or vinyl … or, better yet, live performances. I also love being outdoors and am fortunate enough to live with a forest in walking distance.

For our summer newsletter, we spoke to David Clipsham from The National Archives of the UK who was recently appointed to the OPF Board of… 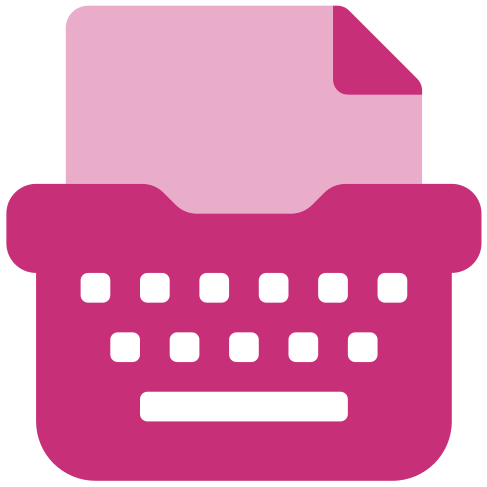 We are pleased to announce that our Autumn newsletter is now available! This issue features a round up from our time at iPRES, a summary…