On June 13, 2022, the OPF Archives Interest Group (AIG) ceased to exist. What started on March 7, 2016 with a kick-off call, resulted in a report about significant properties of spreadsheets in 2021. But looking back, it was more than just work. It was also an “inspiration group”, as AIG member Kati Sein (National Archives of Estonia) voiced it. As former chair of the AIG, I think the title of this blog is warranted.

In 2016, National Archive members of the Open Preservation Foundation decided to join forces to work on common issues. We used the SCAPE Catalogue of Policy Elements to prepare and prioritize a list of issues to work on. This list consisted of (1) reliability, risk management, certification and audit, (2) the original object, (3) properties and format standards (4) use and understandability and (5) staffing and education.

Number 3 on the list received the most votes: properties and format standards. Further refinement of this item resulted in the decision to study significant properties of spreadsheets. More background can be found in our report.

The initial members of the AIG were the Danish National Archives (DNA), the Estonian National Archives and the National Archives of the Netherlands (NANeth). Preservica joined the group on a later date. To get things done in this international setting, the OPF provided a wiki, mailing list and Google Drive folder for the AIG members. We held monthly video conferences to report on work done, work together and discuss what to do next. And what really helped to progress the work, were the physical workshop meetings held on location in Copenhagen (2017), Tallinn (2018) and again Copenhagen (2020).

The most tangible result of AIG is our report on significant properties of spreadsheets. We received feedback on the first version of the report. An updated version has been prepared. It will be used to test a new OPF publication review procedure in which OPF members get the opportunity to review an OPF publication first.

Other results of AIG are the International Comparison of Recommended File Formats (ICRFF) Working Group, and the plan to start an Errors and Warnings Working Group. The first group is led by former AIG member Asbjørn Skødt of DNA, and has already published an overview of recommended file formats of various organisations. The second will be led by Lotte Wijsman of NANeth and will work on analysing, explaining and solving error and warning messages.

“Why not continue to work on the AIG’s priorities list?“, you might think. We decided not to start new tasks as AIG. One reason is that the list was formed years ago and our organisations have other challenges to deal with. Another is that the name AIG tends to give the impresson that only (National) Archives are welcome. Also, AIG already spawned new OPF working groups rather than new work under the umbrella of AIG.

As a last but not least result, AIG also turned out to be an inspiration group. We unexpectedly won an (audience popular poster) award at iPRES 2019 in Amsterdam. AIG members reported to have fond memories of the second Copenhagen meeting, which was for most the last business trip they made before the covid pandemic. During the pandemic, the monthly meetings expanded our smaller working bubbles. It was wonderfully helpful to hear how each member dealt with their nation’s covid measures, what other things they were working on and about new developments in their organisations.

In short, I think we can safely say that although AIG ceased to exist, our contribution to the digital preservation community lives on. Or: AIG is dead, long live AIG.

If you want to join the ICRFF group, are interested in the Errors and Warnings group or want to learn more about OPF’s working groups in general, feel free to contact Asbjørn, Lotte or OPF, respectively. And if you’re not yet a member of OPF, you are very welcome to become a member and join the community. 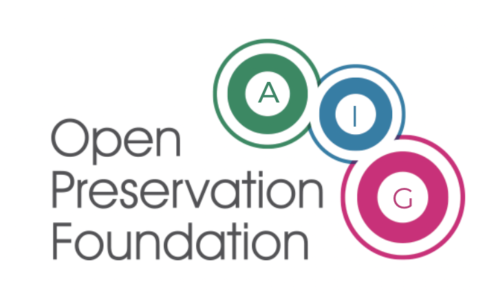 Two weeks ago our archive interest group (AIG) held their first face to face meeting. We were kindly hosted by the Danish National Archives in…

Last week I attended the PREFORMA Experience Workshop in Berlin. The Open Preservation Foundation and PDF Association are leading veraPDF. The morning focused on use…