Here is part 2 of the digital preservation seminar which identified ways to break down walls between research & development and daily operations in libraries and archives (continued from Breaking down walls in digital preservation, part 1). The seminar was organised by SCAPE and the Open Planets Foundation in The Hague on 2 April 2014. – Report & photographs by Inge Angevaare, visualisations by Elco van Staveren 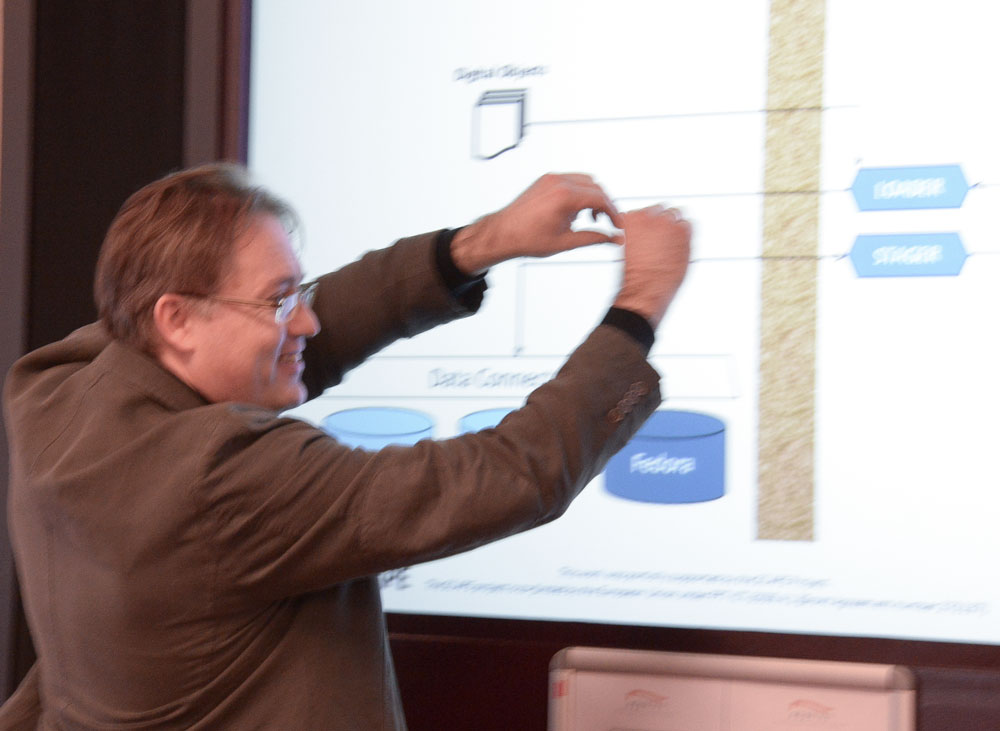 Ross King of the Austrian Institute of Technology described the features of the (technical) SCAPE project which intends to help institutions build preservation environments which are scalable – to bigger files, to more heterogeneous files, to a large volume of files to be processed. King was the one who identified the wall that exists between daily operations in the digital library and research & development (in digital preservation): 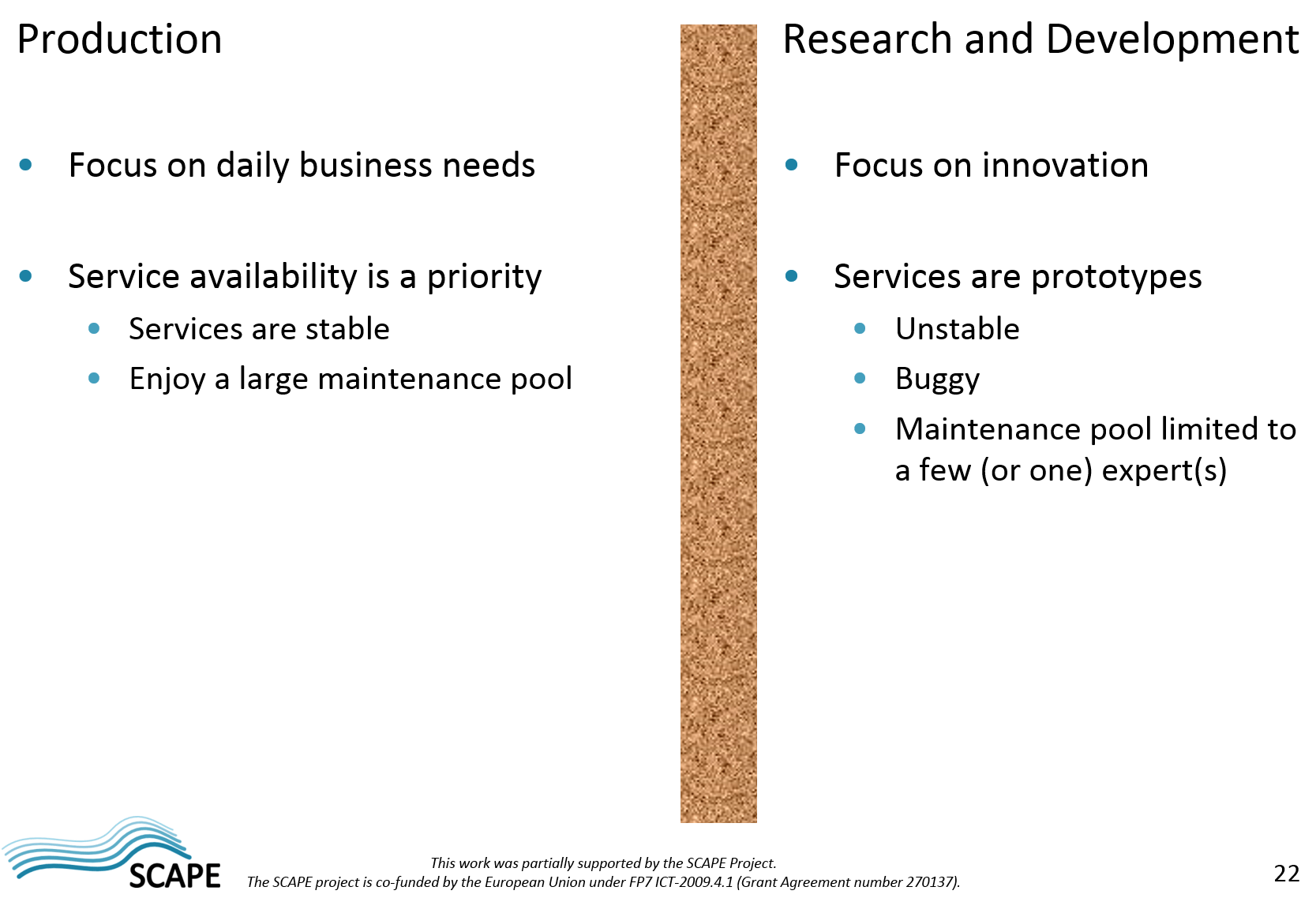 The Wall between Production & R&D as identified by Ross King

Zoltan Szatucsket of the Hungarian National Archives shared his experiences with one of the SCAPE tools from a manager’s point of view: ‘Even trying out the Matchbox tool from the SCAPE project was too expensive for us.’ King admitted that the Matchbox case had not yet been entirely successful. ‘But our goal remains to deliver tools that can be downloaded and used in practice.’

Maureen Pennock of the British Library sketched her organisation’s journey to embed digital preservation [link to slides to follow]. Her own digital preservation department (now at 6 fte) was moved around a few times before it was nested in the Collection Care department which was then merged with Collection management. ‘We are now where we should be: in the middle of the Collections department and right next to the Document processing department. And we work closely with IT, strategy development, procurement/licensing and collection security and risk management.’ 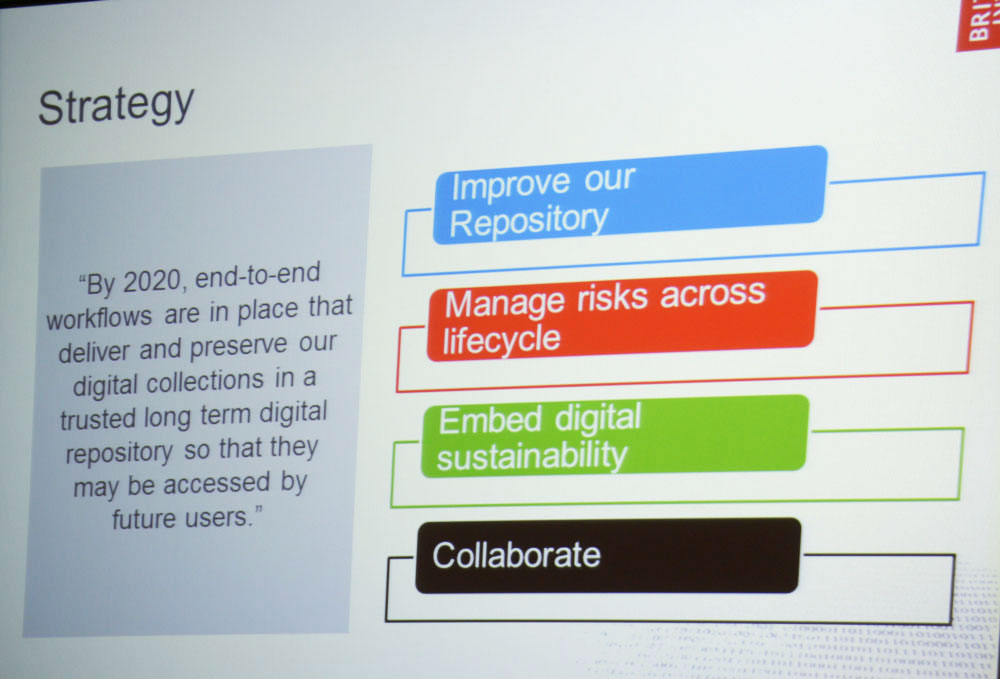 The British Library’s strategy calls for further embedding of digital preservation, without taking the formal step of certification

Pennock elaborated on the strategic priorities mentioned above (see slides) by noting that the British Library has chosen not to strive for formal certification within the European Framework (unlike, e.g., the Dutch KB). Instead, the BL intends to hold bi-annual audits to measure progress. The BL intends to ensure that ‘all staff working with digital content understand preservation issues associated with it.’ Questioned by the Dutch KB’s Hildelies Balk, Pennock confirmed that the teaching materials the BL is preparing could well be shared with the wider digital preservation community. Here is Pennock’s concluding comment:

Marcin Werla from the Polish Supercomputing & Networking Centre PSNC provided an overview of the infrastructure PSNC is providing for research institutions and for cultural heritage institutions. It is a distributed network based on the Polish fast (20GB) optical network: 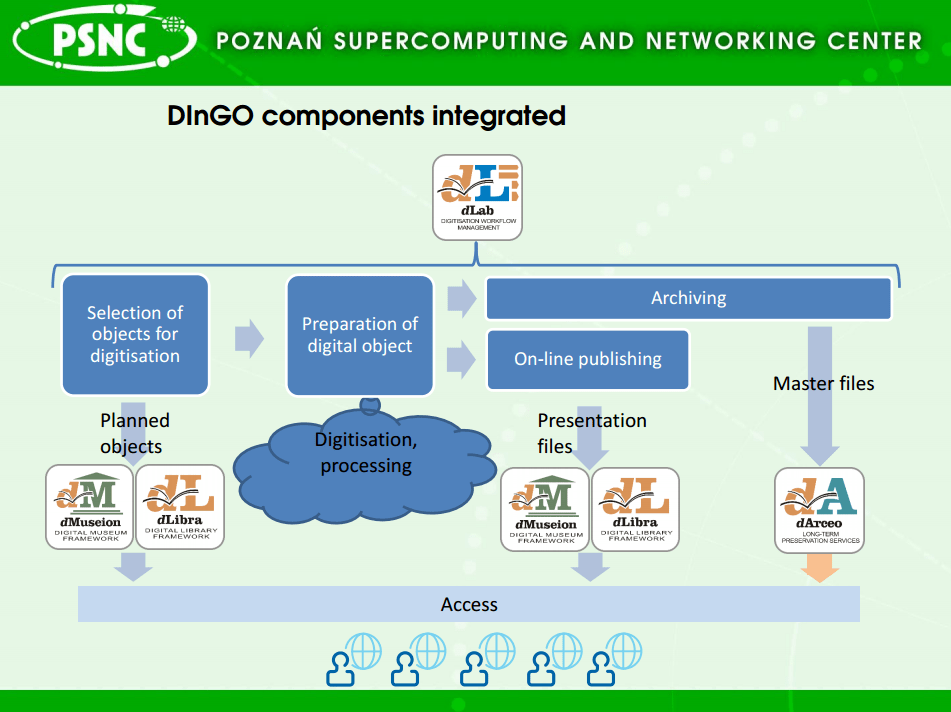 Interestingly, the network services mostly smaller institutions. The Polish National Library and Archives have built their own systems.

Werla stressed that proper quality control at the production stage is difficult because of the bureaucratic Polish public procurement system.

Heiko Tjalsma of the Dutch research data archive DANS pitched the 4C project which was established to  ’create a better understanding of digital curation costs through collaboration.’ 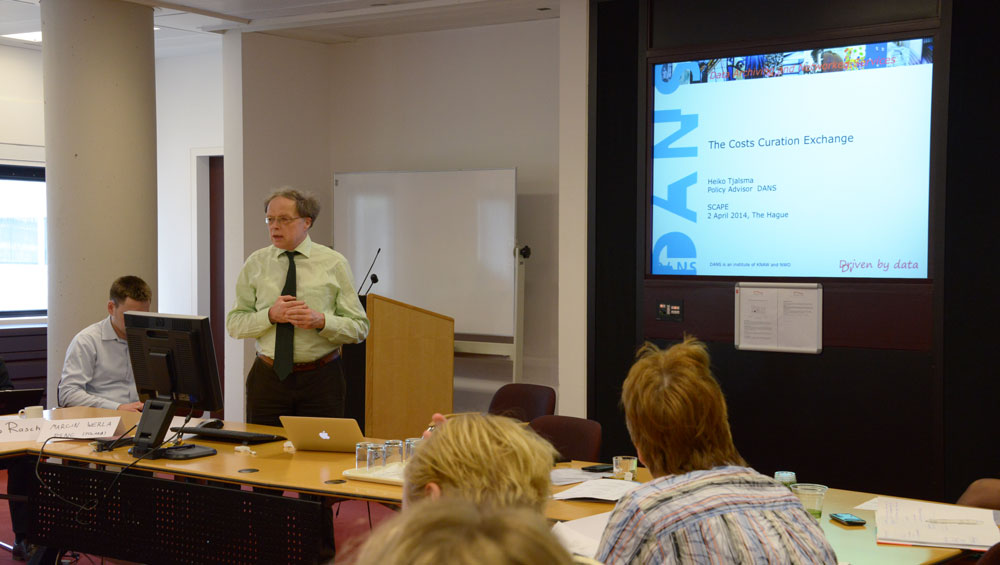 Tjalsma: ‘We can only get a better idea of what digital curation costs by collaborating and sharing data’

At the moment there are several cost models available in the community (see, e.g., earlier posts), but they are difficult to compare. The 4C project intends to a) establish an international curation cost exchange framework, and b) build a Cost Concept Model – which will define what to include in the model and what to exclude.

The need for a clearer picture of curation costs is undisputed, but, Tjalsma added, ‘it is very difficult to gather detailed data, even from colleagues.’ Our organisations are reticent to make their financial data available. And both ‘time’ and ‘scale’ make matter more difficult. The only way to go seems to be anonimisation of data, and for that to work, the project must attract as many participants as possible. So: please register at http://www.4cproject.eu/community-resources/stakeholder-participation – and participate.

Building bridges between expert and manager

The last part of the day was devoted to building bridges between experts and managers. Dirk van Suchodeletz of the University of Freiburg introduced the session with a topic that is often considered an ‘expert-only’ topic: emulation. 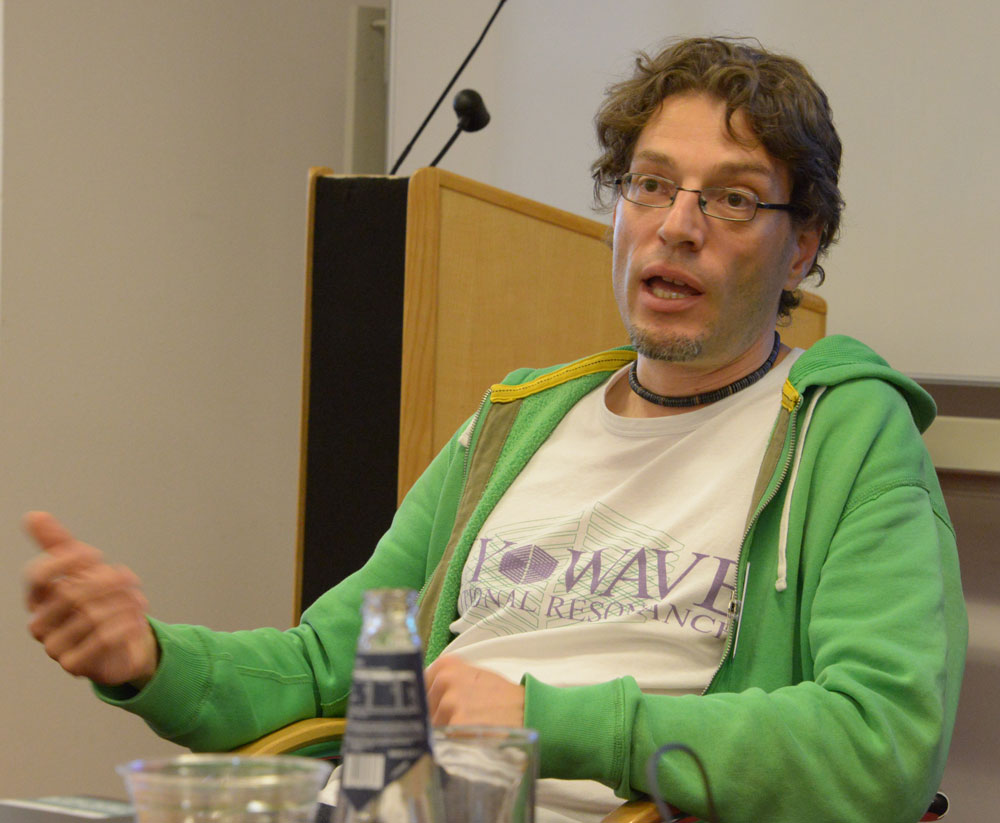 Dirk von Suchodeletz: ‘The EaaS project intends to make emulation available for a wider audience by providing it as a service.’

The emulation technique has been around for a while, and it is considered one of the few methods of preservation available for very complex digital objects – but takeup by the community has been slow, because it is seen as too complex for non-experts. The Emulation as a Service project intends to bridge the gap to practical implementation by taking away many of the technical worries from memory institutions. A demo of Emulation as a Service is available for OPF members. Von Suchodeletz encouraged his audience to have a look at it, because the service can only be made to work if many memory institutions decide to participate.

How R&D and the library business relate

Birgit Henriksen of the Royal Library, Denmark: ‘We desperately need emulation to preserve the games in our collection, but because it is such a niche, funding is hard to come by.’ Jacqueline Slats of the Dutch National Archives echoed this observation: ‘The NA and the KB together developed the emulation tool Dioscuri, but because there was no business demand, development was halted. We may pick it up again as soon as we start receiving interactive material for preservation.’

This is what happened next, as visualised by Elco van Staveren:

Some highlights from the discussions:

In conclusion: participants agreed that this seminar had been a fruitful counterweight to technical hackatons in digital preservation. More seminars may follow. If you participated (or read these blogs), please use the commentary box for any corrections and/or follow-up.

‘In an ever changing digital world, we must allow for projects to fail – even failures bring us lots of knowledge.’

Slides from presentations at http://wiki.opf-labs.org/display/SP/Agenda+-+Managing+Digital+Preservation