Bringing together the Emulation and Format ID hackathons

Coming up in the next month are two excellent OPF hackathons: the “Emulation, learn from the experts” hackathon and the “CURATEcamp 24 hour worldwide file id hackathon“. One follows the other with the emulation hackathon running from the 13th of November till the 15th and the File ID hackathon on Friday the 16th.

This seems like a great opportunity in which one hackathon can contribute to the next. And this was actually suggested on the format ID page here but little was said about how they might relate to each other aside from the off-hand suggestion (/question) that “emulation needs file characterization too?” This lead me wondering how best to answer the question:

How does format identification relate to emulation?

Although I have suggested that format identification is not strictly necessary for successful emulation workflows I do believe that there are many ways in which the two could contribute to each other. Some of these I’ve outlined below:

As I’ve discussed here, opening a file in a number of old pieces of software can help to identify its format. Often error messages are encountered when opening a file e.g.:

Or the file can be obviously not rendered properly, indicating that it was not in a format that is compatible with the software:

This can indicate that the file cannot be formatted using any of the formats that that software supports.

Performed multiple times using different environments incorporating software that was contemporary to the file(s) of interest this method can help to identify the format of the file by reducing the possibility set dramatically.

A useful test to do to validate a file’s format is to test whether the file renders properly in the software environment that is primarily associated with the file’s purported format. When that software is old, that software will often need to be run using emulation.

Different applications differentiate in different ways between versions of file formats in their open and save-as (and import/export) parameters. The logic behind the differentiation may be able to be analysed to discover when format variants are significant or not. For example Microsoft Word Version 6.0c (running on Windows 3.11) has the following open parameters for word for ms-dos files:

In contrast to this WordPerfect 5.2 for Windows (running on Windows 3.11) has these open parameters:

Of which the first may be referring to ms-dos versions.

Lotus Word Pro 96 Edition for Windows (running on Windows 3.11) has the following open parameter for word for ms-dos files:

And Corel WordPerfect Version 6.1 for Windows (running on Windows 3.11) has these open parameters:

None of which refer to any ms-dos variants.

This pattern continues through more recent variants of each office suite.

The interesting finding from this is that the Microsoft suites differentiate between versions 3,4,5 (as a group) and version 6 but not within/between versions 3, 4 and 5 and the other suites (when they have a relevant parameter) do not differentiate between any of 3, 4, 5, or 6. If every office suite differentiated between the variants in the same way then this would indicate that there were significant differences between them. However as they don’t then it is inconclusive in this case.  As Microsoft wrote the standards in this example then their suites ought to have the most reliable information and therefore it may be sensible to conclude that version 6 is significantly different to versions 3, 4 or 5.

This pattern also holds for save-as parameters. The Microsoft suites differentiate between version 6 and the group of versions 3, 4 and 5 whereas the other suites don’t differentiate this way. Where there is general agreement in both open and save-as parameters across multiple applications then this will give digital preservation practitioners very good reason to believe that there are significant differences between the formats in question.

This information can then be used to contribute to algorithms for identifying file formats.

4. Identifying a file’s format can help in identifying its rendering/interaction environment.

If emulation is to be truly successful then it needs to become as automated as possible, without automatic environment identification (or having the environments identified and documented by the creators) then a significant part of that automation is going to be impossible.

So there are clearly overlaps in the two initiatives but this leads to the next question:

How can the two hackathons contribute to each other?

1.The emulation hackathon could work to produce a file ID workbench and/or an automated rendering/format validation tool that: Runs files through multiple environments using multiple open-as parameters to identify successful rendering environments by: 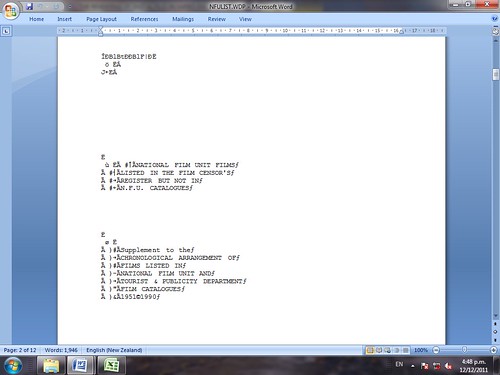 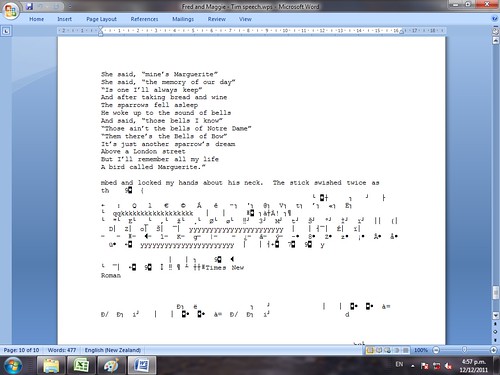 Or that can simply be used to manually open files to visually test their rendering and identify their format.

2. The emulation hackathon could produce environments in which to install applications that need their compatibility parameters documented. The file ID hackathon could then document these and use them to contribute to format identification algorithms.

The emulation framework already provides an option for format ID practitioners to start testing some of the approaches outlined above and hopefully the emulation hackathon will enable or produce some more.  So if you are planning on attending either of these events please bear in mind the options for collaboration and working together to achieve the goals of both valuable ventures.

OPF Hackathon on Emulation in Freiburg

In the middle of November 2012, the first OPF Hackathon on Emulation took place in Freiburg, Germany. It brought together practitioners from different national libraries,…